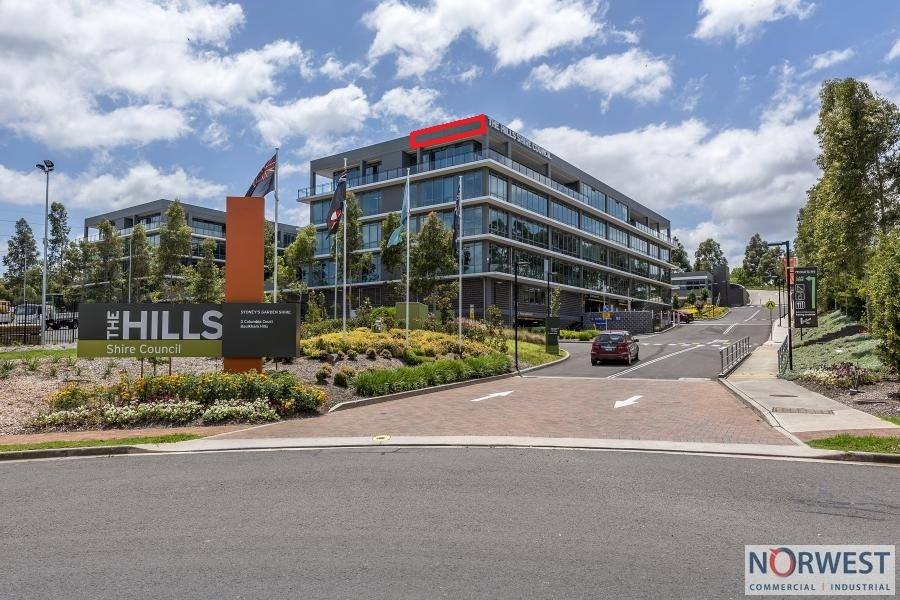 The Hills Shire Council has announced today that they have exchanged contracts to purchase"C3" at 3 Columbia Way, in Norwest Business Park. The building which has laid mothballed for almost two years will be commissioned as the new Council chambers. It is expected that is will take 18-24 months to full refit the premises to council needs.

The Mayor, Councillor Greg Burnett has indicated that there are a number of drivers for the decision, both short and long term. Firstly, it had become obvious that, with the impending commencement of construction of the northwest rail link involving 300 daily truck movements around the existing chambers, the business of Council would be difficult to carry on at the existing site. Secondly, the opportunity to purchase the C3 building at a very attractive, but undisclosed, price from the Receivers was considered one that could not be passed by.

The new facility will bring together a number of Council’s administrative functions under the one roof and allow for expansion over the coming years which will be necessitated by the expected growth in population in the northwest region. Although the price is undisclosed, it is believed council has paid a very keen price and well below replacement value. Assuming the Council can realise value in its current site and its other properties around the Shire, this transaction stacks up.By taking up 15,000sqm of office space, Council has demonstrated that the Norwest Business Park is the premier location for doing business in the area and asserts their support for the business park. From our research, Council’s absorption of that space reduces the available space in the business park by around 25% which will have a consequential effect of firming the sales and leasing values. With this property now off the market, there are very few remaining options for occupiers looking for more than 500sqm+ Council has discussed the relocation of its chambers for a number of years. Recently, the idea of relocation to a new development on the site of the council-owned Terminus Street carpark at Castle Hill had been mooted. Such a scheme might have involved Council taking on development risk as part of that mixed used development. The purchase of a substantially complete property, albeit one that will require modification to suit the Council’s need, is a far lower risk than undertaking a development. We believe the announcement is a positive one not only for council, but also will have a positive impact on Norwest Business Park.