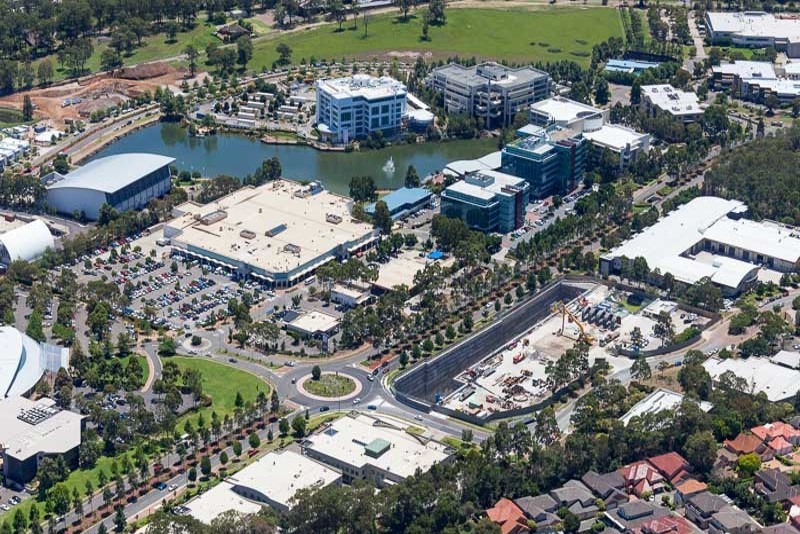 The Hills Shire Council has recently released the Hills Corridor Strategy. This strategy is an outline of possible outcomes from areas around the new stations of the Metro Sydney NorthWest. The planning procedure has confused owners, many of who have taken “vision” documents to be the completed article.

The NSW government released the North West Rail Link Corridor Strategy in September 2013. Originally this document did not create significant “buzz”. The document was intended as a high level strategy document and most seasoned market commentators saw this document as such. Unfortunately this document, grew in stature as the Sydney Residential market continued its hot streak and many agents, through irresponsibility, or just plain ignorance, inflated many owners expectations in the hopes that the high level “vision” would definitely be a reality. While re-zonings have not been set in concrete, given the latest local government plan, much of the “vision” outlined in the state government report will not come to fruition.

Significantly for the owners within the commercial areas of Norwest and the industrial areas in Castle Hill, the local council has recognized that despite short term pressure from the Residential market, there is a need to preserve employment areas so that residents have access to high quality jobs close to home for the long term. As the local commercial and industrial market has improved significantly, with vacancies at an all time low, many businesses are finding it difficult to find suitable premises, so the long term vision of preserving business premises is sound.

Future plans to be released include the Urban Activation Precinct Plan, which is expected to be released by the State government in the near future. Following that, the Local governments will be asked to supply subsequent zoning plans, which will provide further details.

The end result of future planning is still a long way to be determined, however there are a few keys points:

UPZONINGS CAN BE A BLESSING AND A CURSE:

Many owners are pushing for having their premises “upzoned”, whether that be through increasing the Floor space ratio (FSR) (Being able to build more on the site) or changes in the allowable uses (changes from industrial, to commercial, mixed use or residential).

Owners of raw land are undoubtable benefited, as upzoning directly affects the value of their land. For instance, a vacant block of land that changes the FSR from 1:1 to a ratio of 1.5:1 would presumably increase the value of the land by 50%.

Owners of property with improvements, either a standalone building, or a strata building could potentially benefit as well, however there is a cost to upzoning. If the value of the land increases, due to the higher land use, presumably, the rate at which land tax and council rates are calculated also increases. While the formulas for calculating the annual rates vary, if the Floor space went from 1:1 to 1.5:1, as indicated for much of Norwest Business Park, the ongoing outgoing costs would increase, therefore making the area less desirable for occupants.

This strata building was built under the current Floor space ratio of 1:1, whereby 9,500m2 of office space was built on approximately 9,500m2. There are approximately 90 strata lot owners within this complex. Because of this, the site is unlikely to be redeveloped in the medium term future, however with the increase in FSR, the value of the land will presumably increase and therefore increase council and land tax rates.

CHANGES TO THE CARPARKING RATIO

The Hills Shire has one of the highest car parking ratios in Sydney at 1 carspace per 25m2 of office space (1:25). The rational for this high ratio has always been because of the lack of transport options in the area. Based on the experience of North Ryde and Macquarie Park after the Epping to Chatswood line was built, it is expected that the ratio of required carparking will decrease. Ryde council has recently changed some areas to the carparking ratio to 1:100, IE ¼ of the car space required in the Hills around Macquarie Park.

Presumably developers will build less carspaces, either to save costs, or because of enforcement, thereby potentially making older building more desirable.

It should be noted that in the North Ryde area, there seems to be a difference in opinion between smaller businesses (who want more car spaces) and larger building owners who are in support of having less car spaces. Norwest is slightly different as there is a higher proportion of smaller office suites, so the issue of changing car space requirements will be in the spotlight.

HIGHER DENSITY DEVELOPMENT IN THE HILLS

The plans are clear that higher density development is going to happen, especially near the new stations. This will undoubtable put pressure on the existing road network as more people move into the area. Unless money is set aside for road improvement, the area will be further inhibited by congestion.

ZONING CHANGES WILL INHIBIT DEVELOPMENT IN THE SHORT TERM

While zoning changes are under review, it is unlikely that buildings will be developed under the existing controls. What does this mean? Short-term there will be a halt on new developments, constricting new supply. With vacancy already at an all time low and consistent demand, pricing should grow stronger in the short term. When new zonings are approved, Development approvals need to be lodged, followed by construction (12-24 months). Therefore it could be 3-4 years before new commercial buildings are finished. This lack of new supply should help increase sale prices in the area.

The rezoning process is complicated and has caused considerable confusion. Each property does need to be assessed on an individual basis to better understand the short and long term prospects. Despite most “experts” analysis, much of what is out in the market is more opinion, until the final zonings have been concluded.